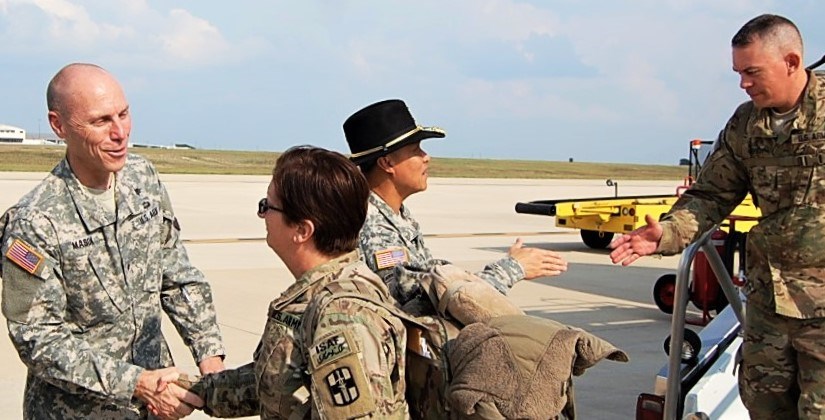 BEFORE HE WAS A UNITED METHODIST conference administrator, James Mason served as a brigadier general in the Army Reserve, overseeing training and operations for a combat medical division. His most important role, he says, was “enabling people to be more effective at their job.” He was always looking for ways in which technology could reduce the administrative burden on caregivers. “The less time they've got to fight with this bureaucratic system,” he says, “the more time they can spend delivering services to patients.”

For the past four years, he has been doing the same thing for clergy. In fact, his efforts led to the development of Brick River’s People Portal, a system that lets clergy and staff manage and view their own records. It’s now used by thirteen United Methodist Church conferences and counting.

When he began work at the UMC’s Mississippi Conference — where he holds the provocative title of “conference facilitator and innovation catalyst” — James discovered that administrative “friction points” were hampering ministers’ pastoral work. “We started looking at a number of processes that were very manual, very tedious, very time intensive, and were putting the responsibility on the wrong people.”

James and some colleagues asked Brick River for a solution. First among the friction points they wanted to fix: clergy contact information. To update their info, James says, “all the clergy were filling out these little three-by-five index cards” that then had to be processed by somebody else. Continuing education units (CEUs) were another burden — “a pain to do, a pain to document, a pain to get into the system.” And don’t get him started on clergy training, with all those classes, grades, and transcripts that nobody seemed able to access. “You'd have to ask, ‘Can somebody send me a record? Can I see it?’”

After working closely with James and the Mississippi team (which included conference database manage Jane Horstman, conference communications specialist Jasmine Haynes, and Rudy Medlin of Millsaps College Center for Ministry, who manages CEU and training records), Brick River released the People Portal in the spring of 2020. The portal lets pastors update their records with a minimum of fuss, allowing the conference to maintain a detailed, up-to-date pictorial directory of all clergy, active and retired.

It also smooths out the workflow for those complex professional development and educational processes. For CEUs, a pastor can upload a certificate, see that it’s being processed, and know that it has been acknowledged. “And once it’s approved,” James says, “it automatically shows up on their dashboard.”

It’s the same with clergy training: throughout the process, people can easily track their progress and obtain documents. “They’re able to take ownership of this process,” James says.

Having seen People Portal in action for a while, James thinks the biggest beneficiaries are “those that have the least time” — namely, part-time local pastors with multiple appointments. “Some of these folks have to keep up with two or three different churches and their congregations. They've been particularly appreciative that now they can see all of this information in one place. And they can see all their Charge Conference stuff” — that is, materials they need for the UMC’s annual stocktaking.

It all comes down to cutting red tape. “Our folks have to go from weddings to funerals, to births to deaths, all on the same day sometimes” James says. “That's hard work. So anything we can do to help these clergy be more effective gives them more time to do the difficult people stuff.”